Mr. Mino offers clients a unique perspective as a result of his diverse education.  A triple Gator, the University of Florida conferred three graduate degrees on Mr. Mino: a Juris Doctor, an MBA, and an MS in Medical Sciences.  His undergraduate studies were conducted at the University of Georgia, where he was granted a BS in Genetics. To augment his legal education, Mr. Mino added coursework from Harvard Law.  He has also earned certificates in several pharmaceutical and regulatory affairs areas from the Regulatory Affairs Professional Society.

Mr. Mino obtained his Juris Doctor, with honors, from the University of Florida’s prestigious Levin College of Law.  The University of Florida Levin College of Law is consistently rated as Florida’s top law program, ranked 15th in law school reputation among public universities nationwide.  During his studies at UF, Mr. Mino focused on IP law, including trademarks, trade secrets, and patents, as well as business law areas, such as contracts and real estate.  Mr. Mino’s long-time interest in small business law was apparent to his peers when he was honored with UF law’s prestigious “book award” for his work in the Law and Entrepreneurship course. 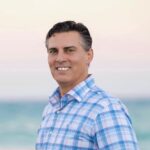 Prior to attending law school, Mr. Mino obtained his Master of Science in Medical Sciences from the University of Florida’s College of Medicine.  The University of Florida is consistently rated one of the top 25 research institutions in the nation.  Mr. Mino’s research focused on the use of RNA molecules to create gene therapy methods to treat, and one day possibly cure, diabetic retinopathy, which is the leading cause of non-traumatic blindness in the United States.  His graduate research also led to the publication of pharmacology research articles examining various molecular effects of diabetes in the eye.

During the same time he was conducting scientific research projects that formed the basis for his Master of Science thesis, Mr. Mino obtained his MBA from the University of Florida.  The University of Florida’s MBA program, which is once again ranked within the top 25 in the nation, is the premier MBA program in Florida.  While attending the UF MBA program, Mr. Mino concentrated on entrepreneurship, management, and marketing courses.  During his final semester of his MBA studies, Mr. Mino was awarded the UF Entrepreneurship program’s “Best Written Plan” award for a business plan he wrote for a small biotech company he was helping a friend launch.

Prior to obtaining his three graduate degrees at University of Florida, Mr. Mino earned his Bachelor of Science in Genetics from the University of Georgia.  While studying genetics, he worked in a plant genetics lab creating genetically modified crop plants.  The focus of his research was to insert genes from one plant species into another plant species to help protect the crops against insects naturally, without pesticides.  In addition to his lab research, he also worked as a biology lab instructor and a volunteer chemistry tutor. 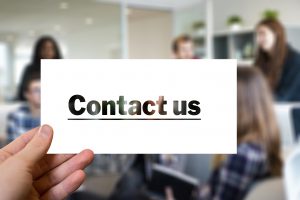 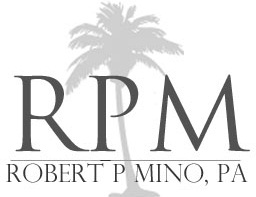